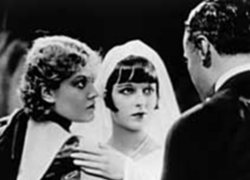 Does “queer” film exist? If it does, what is it characterized by? What directors can be considered as “queer” and why? What does New Queer Cinema mean? Answers to these and other questions will be offered on the open seminars, which focus on the development and influence of “queer” cinematography and its makers. Thanks to the selected contemporary classic film scenes that form an inseparable part of the seminars, you will have an opportunity to take a look inside the breaking moments of queer film history. A part of the seminars is also an introduction into the queer theory (and how it becomes a part of the mainstream society through cinematography) and queer film in connection to political activism.