It's Gonna Get Worse 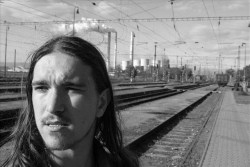 The film is based on the cult novel by Jan Pelc, It's Gonna Get Worse. The director Petr Nikolaev and the producer Čestmír Kopecký wanted to get across the “underground” cult of the novel in the film. The story is about a group of young people who would like to live independently on the communist system. For the heroes, independence means living outside of the system, refusing to work and enjoying themselves. Freedom is also free love, which they practise among each other, regardless of their gender. The film presents an appealing view to the totalitarian times. It was made using 40 years old technology that reinforces the strong, crude, dirty feeling.