Moscow Does not Believe In Queers 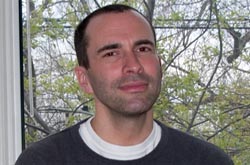 Based on John Greyson's experience of attending the 1985 Moscow youth festival as an out gay delegate, this tape is an eccentric, ten day diary of that trip. Reconstructions of adventures in Moscow's gay sub-culture are intercut with Rock Hudson headlines and scenes from his cold-war classic, Ice Station Zebra. A tape about the impossibility of escaping East-West redundancies, Moscow Does Not Believe in Queers also deals with travelling and shaping gay identity and politics from the contradictory fragments of a homophobic culture.